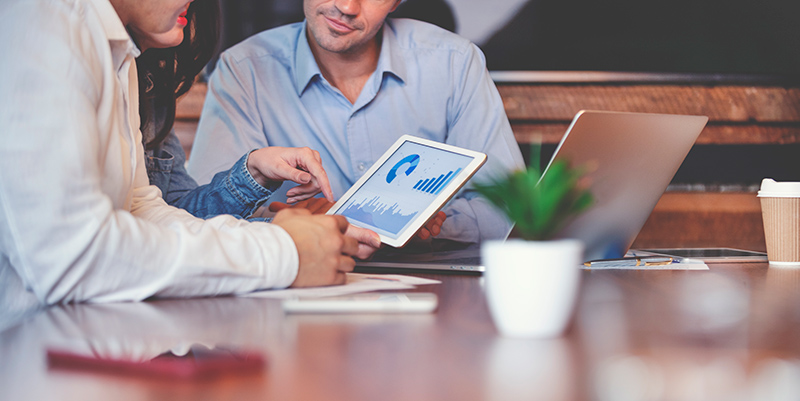 You’ve outlined the retrofit project, discussed the benefits, showed them before-and-after shots of previous projects, and provided case studies. Then, the CFO speaks up, asking whether this project makes good investment sense.

Whether you’re the lighting retrofit company, or the internal champion lobbying to get a project approved, this is the make-or-break moment. If you can prove value to the people holding the purse strings, you’ve conquered the biggest hurdle in your path.

This seems simple enough. But many retrofit companies get it wrong. How? By focusing on the most popular metrics out there instead of the proper ones. This mistake can paint an inaccurate or unclear picture of the project’s true financial merits.

Here’s an example. An aluminum windows and doors manufacturer almost didn’t approve a lighting retrofit because the proposal suggested it would take 4.2 years to recoup the project’s first cost. Fortunately, they were able to justify the long payback by emphasizing another important benefit: improved workplace safety. The day after the new lights were energized, the enterprising shop foreman noted that the better lighting drove a 25% reduction in aluminum scrap. Apparently, people could more clearly see the metal that they were cutting, drilling and assembling into finished windows and doors! Adding this massive benefit to the denominator of the simple payback period calculation meant that the project actually paid for itself every 39 days. Because the initial estimate of a 4.2-year payback so dramatically understated the value, the retrofitter had nearly lost the project, which would have deprived the customer of an astonishingly good financial return.

If your goal is helping your customers make the best decisions as they deploy their capital, you’ll need to migrate the conversation away from the popular—but misleading—metrics and toward the proper ones. Doing so will allow you to make a clearer case for solutions with higher cost, higher efficiency, a longer life, and probably a larger profit margin.

Simple Payback Period (SPP) attempts to answer the question, “How quickly will I get my money back via savings?”

Seems straightforward—and it is, but that’s the problem. This grossly oversimplified metric does not account for a host of other factors that determine the true financial value of a project:

Discounted Payback Period determines the present value of incoming cash flows using the timing of each one and your discount rate. For example, this metric knows that dollars you receive in Year 5 are worth less than dollars you receive in Year 1, and it doesn’t consider your investment fully recouped until the sum of the discounted values you receive over time equals your first cost. Unfortunately, it still ignores how long you will continue to receive financial benefits after the Discounted Payback Period.

Bottom line: Simple Payback, Cumulative Payback, and Discounted Payback are variations on a theme, and although they may be popular (especially SPP), their shortcomings make them misleading yardsticks for selecting expense-reducing capital projects.

When it comes to Return on Investment (ROI), most people look at the simplest way of calculating it: If you invest $1,000 in a retrofit that returns $200 in the first year, they say the project has a 20% ROI. This simplest version of ROI is essentially the reciprocal of SPP. It also shares many of the same flaws: not accounting for the time value of money, being blind to how many years the savings will persist, etc. Additionally, the “annual ROI” might very well increase over time as inflation raises the value of the energy savings.

Another version of ROI is derived by simply adding all of the cash inflows you receive over the entire multi-year analysis term, subtracting the original investment from that sum, and then expressing the “Total ROI %” as that “net return” divided by the original investment. So, a consistent “20% ROI per year” would manifest as a “200% ROI” over 10 years. Again, many of the above-referenced shortcomings of SPP come into play.

These two methods of calculating ROI are popular. However, they’re both misleading. Why? Well, for one, they completely ignore the concept of compound interest.

To figure out the true annualized ROI, you should calculate the compounded interest rate you would need to earn on your investment to create a sum that is equal to the total amount of returns accumulated over the entire analysis term less the amount you invested. Calculated that way, you see that the annualized ROI percentage on our example above is much lower than the current year ROI percentage.

Interestingly enough, as the investment analysis term is extended to include more years, the annualized ROI percentage typically goes down. Why? Because with more years of compounding, you’d need a lower compounded annual rate of return to equal the sum of the cash inflows less your investment, even though the analysis term includes more years of cash inflows. To some observers, that characteristic of annualized ROI percentage can be counterintuitive.

Bottom line: If you’re going to cite an “ROI” percentage, you should think about using annualized ROI, rather than Current Year ROI or Total ROI.

This popular metric has two principal flaws that make it less than ideal for investment decision-making.

So, as you can see, while the metrics above may be popular, they simply do not provide an accurate representation of your project’s financial merits. By setting them aside and using what I call “proper” metrics, you can present a clear-eyed picture of precisely how your project will benefit your customer. In the second part of this series, we’ll examine those proper metrics and how you can use them to your advantage.

Mark Jewell is an internationally recognized subject matter expert, coach, speaker and Wall Street Journal bestselling author focused on selling building-related solutions. He is a two-time recipient of the prestigious Stevie Award® for Sales Training or Education Leader of the Year. His company, Selling Energy, appeared on Selling Power magazine’s list of Top 20 Sales Training Companies. Over the last 25 years, Mark has influenced building-related decisions in more than three billion square feet of real estate. Mark received his B.S. in Economics and Finance from The Wharton School at the University of Pennsylvania. 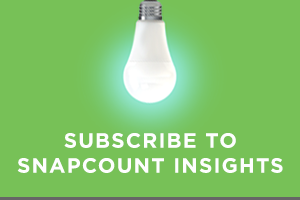